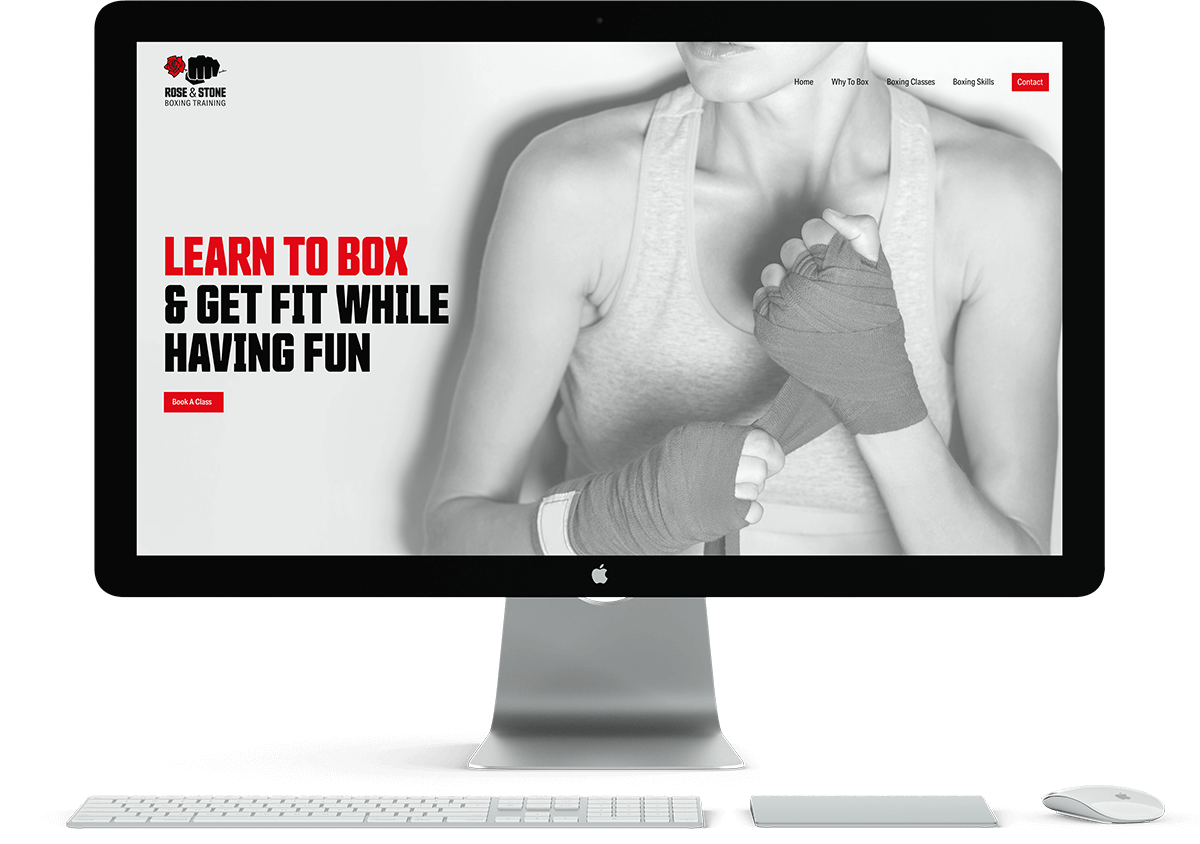 Rose & Stone - your website will take you Around the world

The world is becoming smaller, expat communities are multiplying and wanderlust has become a trend. With all this travel and adventure, there is still a need to stay active and maintain a healthy lifestyle. This is the juncture at which the client wanted to carve out a niche, by offering boxing training to expat communities. These communities would vary as the client travelled the globe on their own journey. To be able to sell this in effectively we needed to create a brand.

A brand name, logo, website and marketing materials that positioned Rose & Stone as a go-to for boxing training within expat communities, where everyone is welcome regardless of gender, age or skill level. 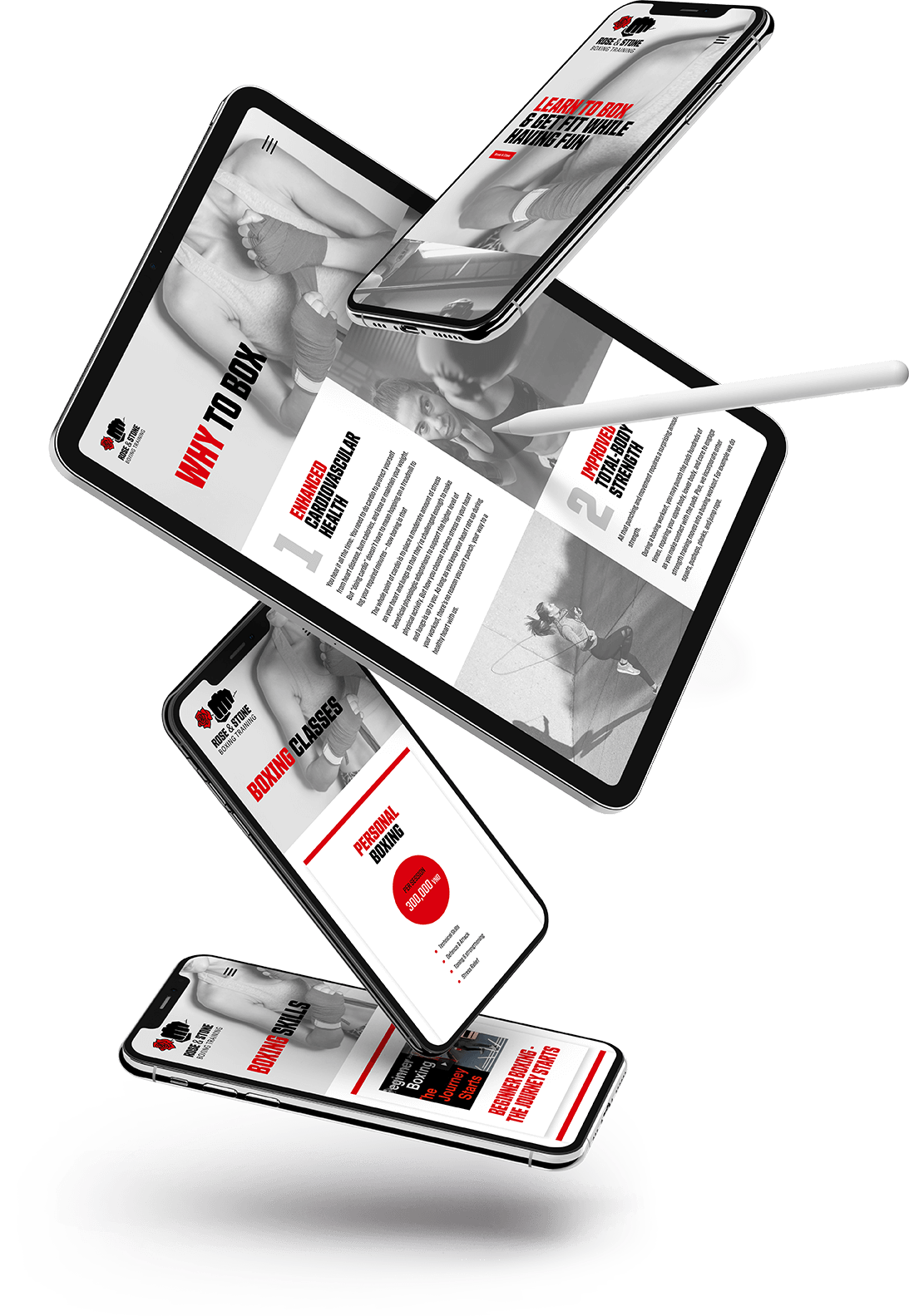 Since the website launch, Rose & Stone Boxing Training have found that prospects are educated about what it is they do and as a result have the confidence to take the next step which is to book a class.
85
%
increase in
lead conversion
100
%
increase in
brand awareness

The client approached me with a vision, they wanted to break down the barriers to entry associated with taking up boxing. Their concept was to create an inclusive environment where people can learn to box, everyone feels at ease, all skill levels are welcome and there is no prejudice to age or gender. 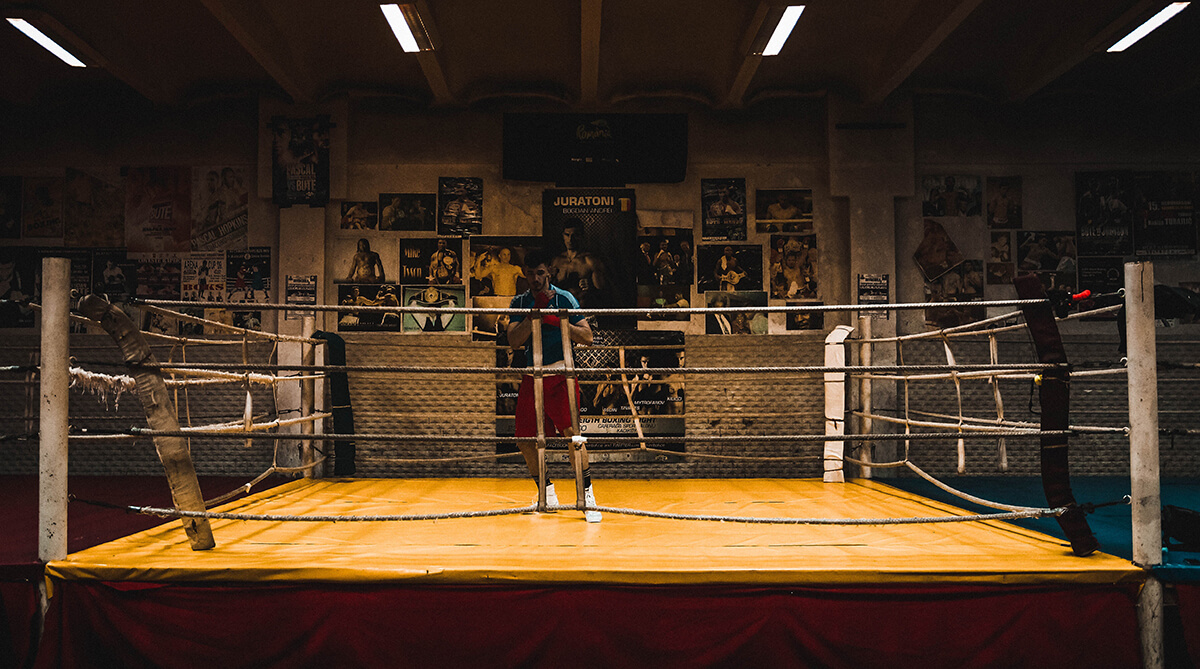 With this rather broad vision it was important to define a target audience to focus on, this was done through creating some user personas. By focusing your attention, you avoid the temptation of casting your net too wide and not engaging with anyone. 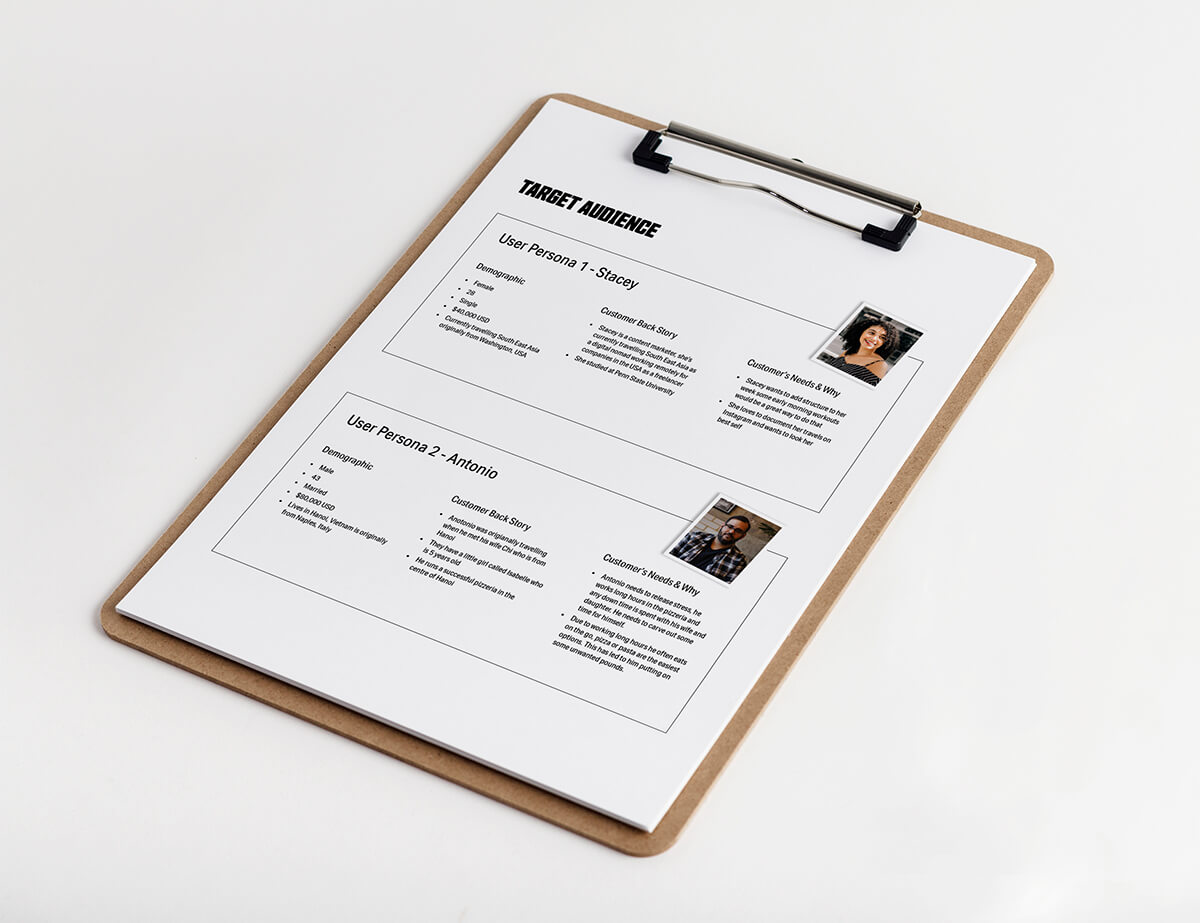 Once the target audience had been defined we needed to come up with a name for the brand and after some lengthy conversations with the client, we collaboratively came up with Rose & Stone Boxing Training. The thinking behind it was that these are highly visual words that would translate well around the world, they are also symbolic; the word rose stands for courage and sacrifice; the word stone represents stability, hardness and endurance, these are qualities that personify boxing.

Mood Board For Logo 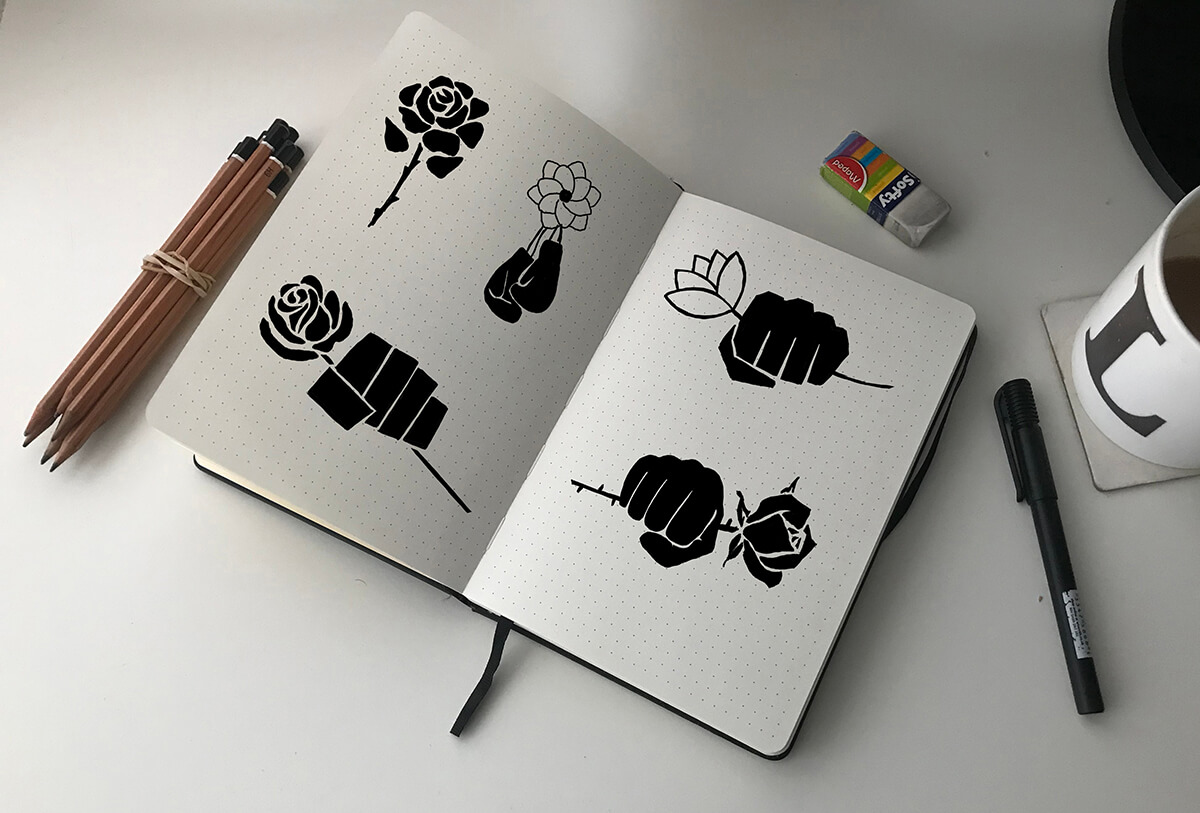 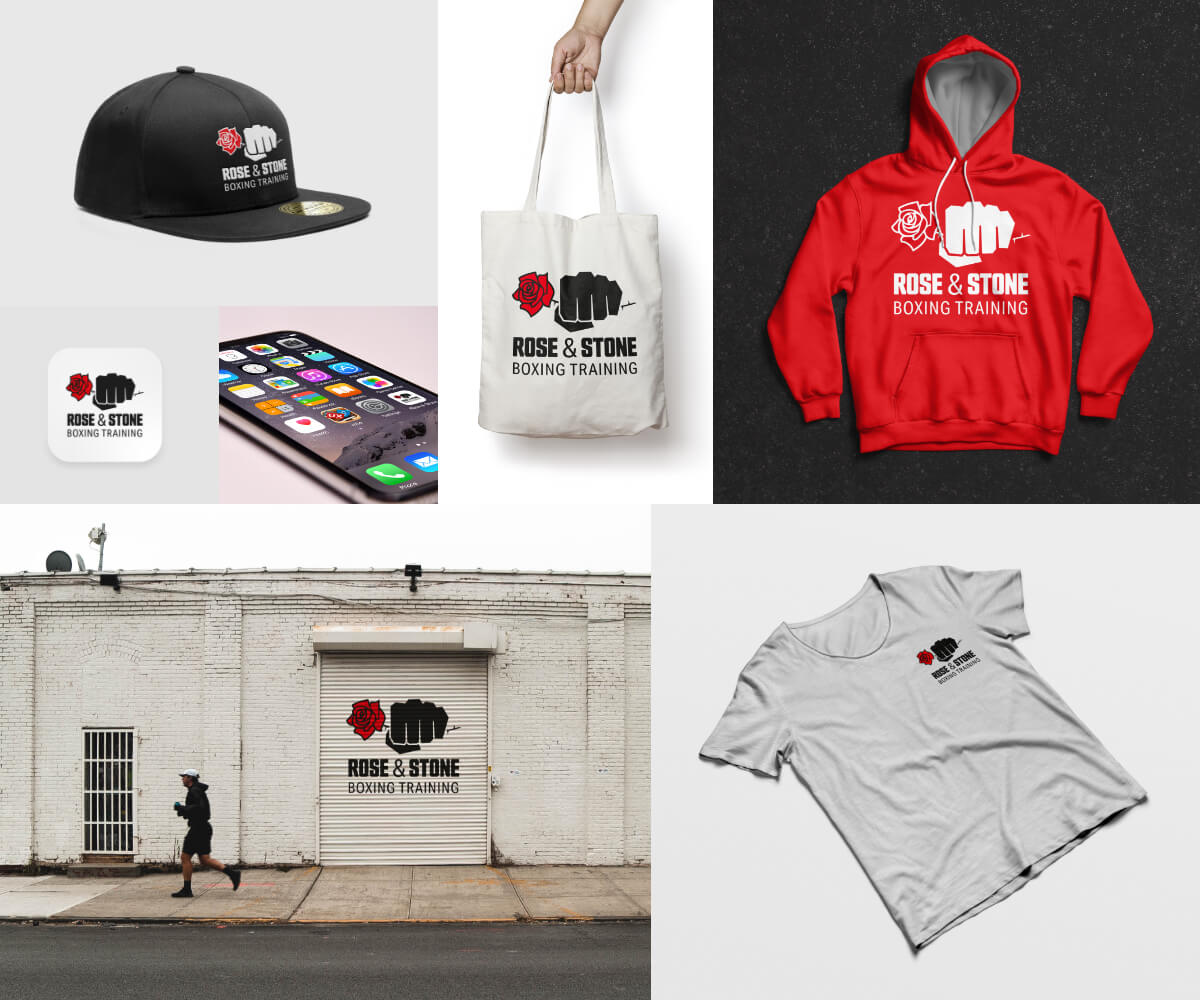 After the final logo was signed off, I began talking with the client about how they were going to go about acquiring customers. It quickly became clear that they would need a website, and then by digging deeper I was able to identify what their goals for the website would be, firstly they would need to build trust with potential customers as they would often find themselves in new territory and secondly to clearly communicate what service(s) they're offering.

For a successful website I firmly believe in a content first strategy, because content informs design. Good design is great, but you also need to educate and inform your audience with content if you want to engage them enough to care.

The site map is an important step in planning your websites content and how it is structured. For Rose & Stone Boxing Training this meant breaking the content down into bitesize chunks that could then be expanded on. For the client this made the process less daunting, we agreed on what pages were required and what they would be called. By doing this we also planned the navigation for the site in the process. Once the pages were decided, we planned out the content for the pages by defining the headings for each section. 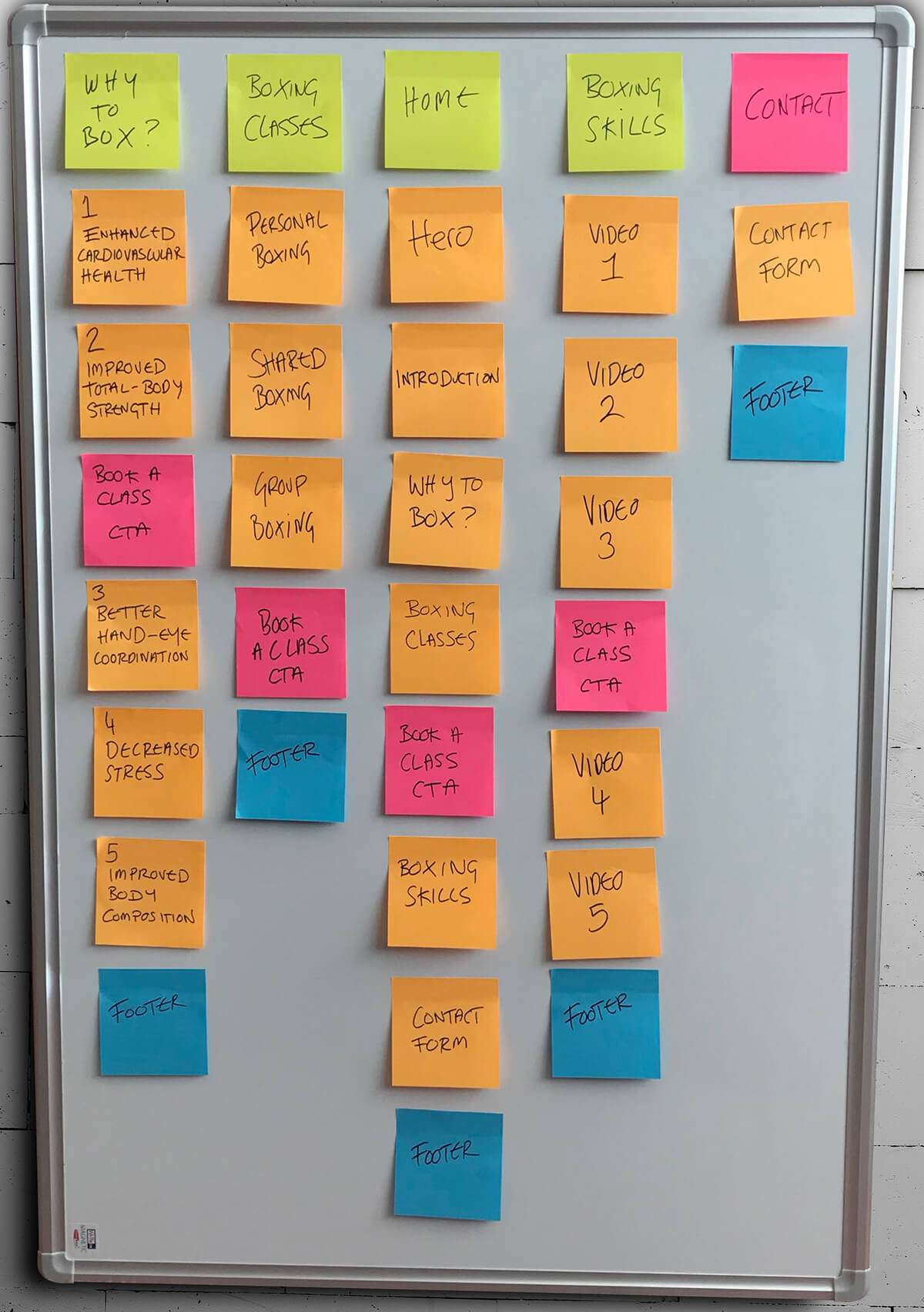 With the site map created the client had a framework to take away and use to write the remaining content that was required in order for the website to progress, we agreed upon a set deadline for this content to be completed by. In the meantime I would create the first draft of the wireframe and a stylescape which would align the visual direction for the site.

Creating a stylescape is a great way to set an early marker with the client for the look and feel of the website, by showing them fonts, colours and images intended for use later on in the design, you can gauge with them whether or not you are on the right track in terms of visual direction, without getting bogged down in details. A stylescape acts as a creative bridge between the planning and design stages. 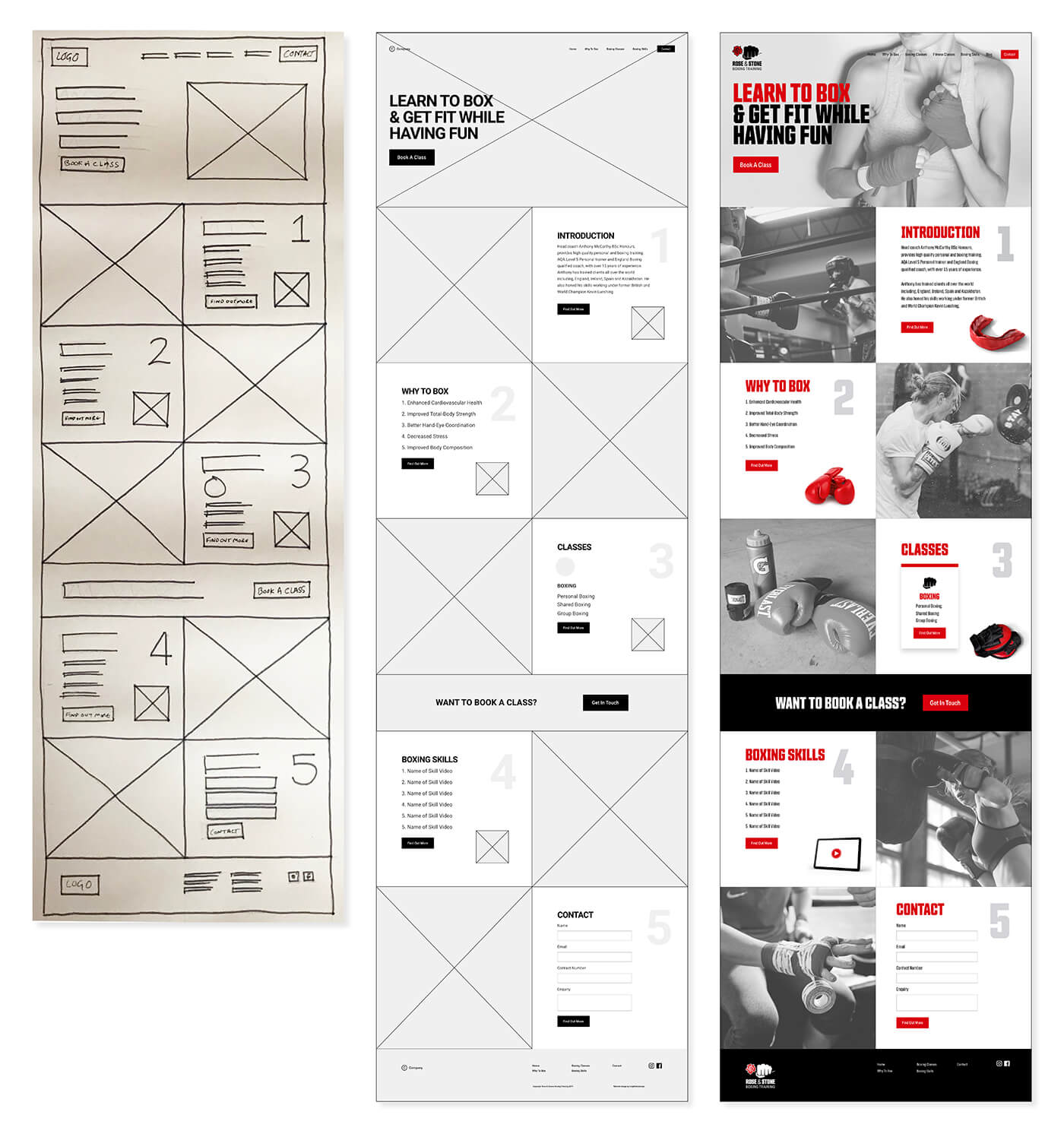 After the final design was signed off, the site was developed on Webflow. By keeping a line of communication open with the client throughout the project and having designated points where they would get to see how the site was taking shape, it meant that there weren't any sudden surprises for either party. We were both on the same page throughout and there was no confusion with what was expected on delivery.

“I am delighted with my new website, Leigh was a pleasure to work with. I found it difficult to really express my ideas clearly but he understood my vision and guided me through the process in a simple step by step manner. I am extremely happy with the end result and have had no shortage of positive feedback from my clients. It was an investment that has paid off and I would highly recommend others to do the same.”
Anthony, Rose & Stone
TESTIM
ONIAL 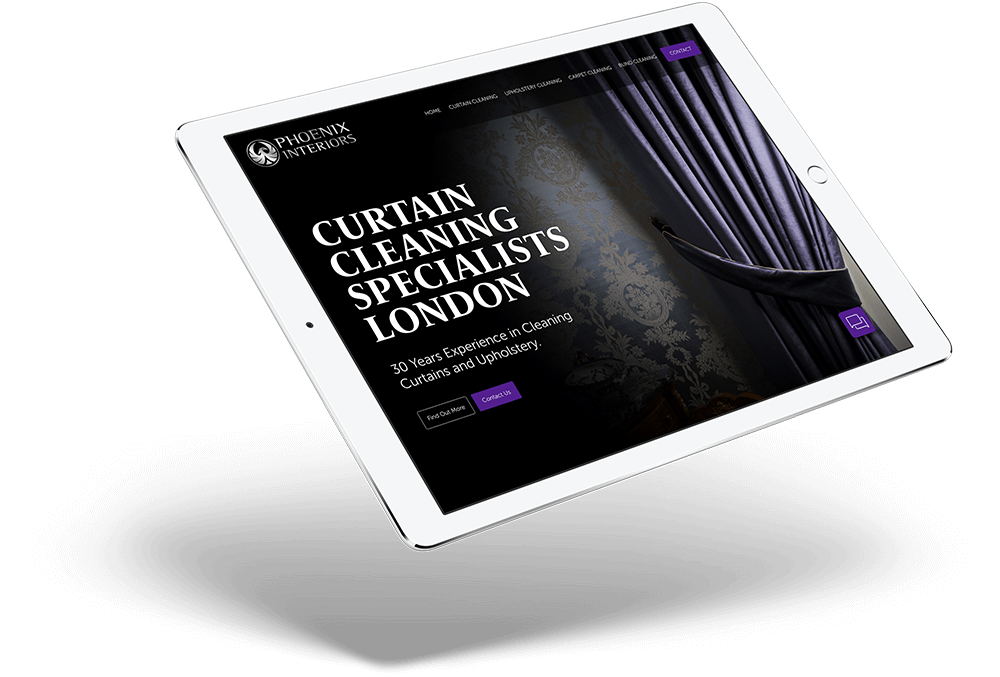 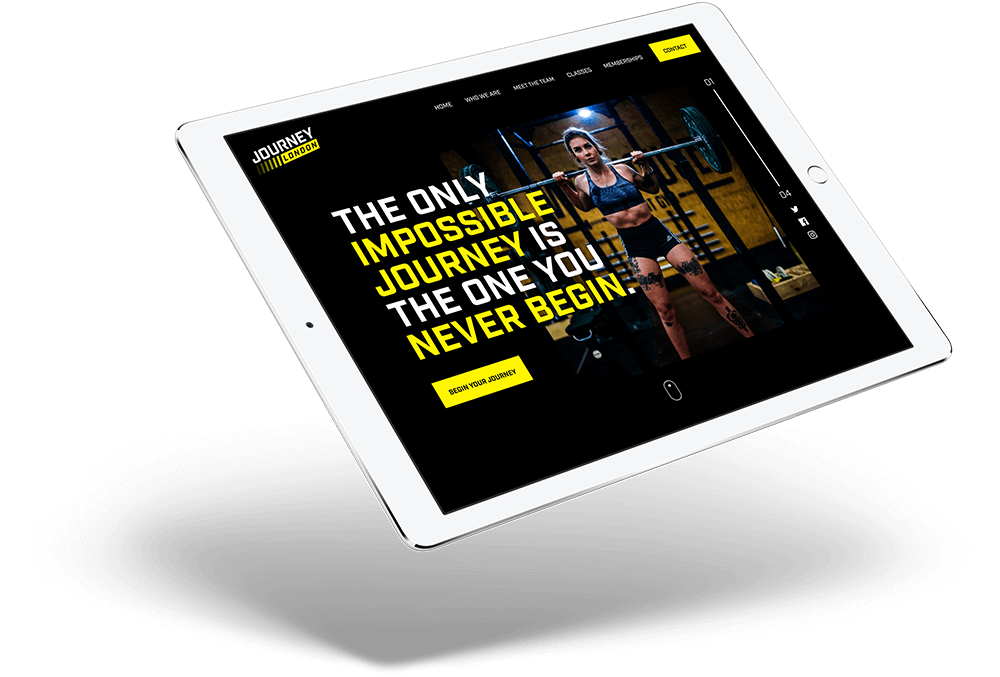 CASE
STUDY
Do you have a project you would like to discuss?
Book A Call